Home / All / Garment & fashion / Fashion and Textile industry in Burundi 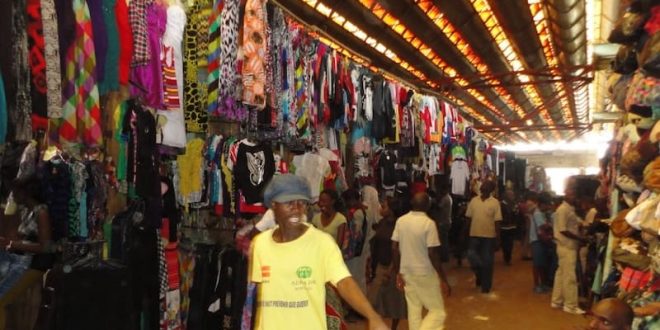 Fashion and Textile industry in Burundi

Fashion in Burundi is ‘Off the hook’! Did I say that? I most certainly did.

In my almost three years of living with and among Burundians, and now as a Burundian myself, I can safely say that Burundians are very fashionable people. I have read in previous articles, especially online, stories of present-day Burundians wrapping themselves in cloth and walking without shoes.

This pretty much summed up ‘Burundian Fashion’ for the authors of these stories. Oh, there was also some vague mention of teenagers from the capital preferring to don tee-shirts and jeans of popular brands. Though this may be true of some, it is certainly not the whole truth. Let us consider the Madams, Messieurs and Mademoiselles who every day meticulously prepare themselves for the formal school and work environments as well as for social gatherings. Do they don mere cloth wrapped around their bodies and go shoeless?

In present-day Burundi, the majority most certainly do not. Let us, therefore, take a little journey into the world of Burundian fashion, paying close attention to the massive on ground (second-hand) fashion scene as it differs from traditional Burundian dress, especially for special ceremonies.

As one enters the second-hand clothing section of the massive Bujumbura City Market, even the most experienced shopper can tend to feel like they have been taken up by a whirlwind. Clothing and accessories vendors call out to potential customers trying to secure their attention, trust and hopefully, their cash. As one goes through the impressively organized isles of items, a travelled individual would recognize the various international brands for sale. Brands which have become household names in Burundi, especially in the capital, Bujumbura. The likes of Marks and Spencer, Mango, Banana Republic, Gap, Ralph Lauren, Dockers, Esprit, Jones New York, Papaya, H&M, Hampton Bays, Next, Nautica, amongst others, are available and call after the shoppers as they pass by. Current trends as well as vintage abound, a clothing lover’s dream!

Although, some may argue that these fashionable items are of a second-hand nature, it is pleasing to say that a great majority of these clothes are fairly or definitely new. We know that in some First World societies, fashionistas clothe themselves in only the most recent trends. So, what ever becomes of last season’s clothing? You know, the ones worn only once or never at all? A lot get donated to charity. They are in turn purchase by wholesale vendors who then ship them to Africa and the rest is history. Yes, we love our second-hand clothing! Most can afford to treat themselves to something special. Fancy a pair of almost new Ralph Lauren jeans for a fiver? Who wouldn’t. Admittedly, this could not be good for the economy as it robs local clothing manufacturers of a market to which to distribute their products. However, a typical clothing buyer may not necessarily concern himself with this. Many have no idea where their clothes come from, if any concern, it is whether they could haggle for a 70% discount.

So, as we trek the streets of Bujumbura and even the country side, we will find regular folks, dressed in regular western brand named clothing. However, so as to not mislead the reader, I will note that most Burundian women use ‘Igitenge’, an African print fabric. In general, women wear these to wrap themselves while at home or to carry their babies on their backs.

They also wear igitenge as a complete ensemble, sewn by a tailor. Many women also use this piece of fabric as a wrap shirt, which is paired with a tee-shirt or other type of top. However, with the availability of western brand named clothing, more women choose the former above the igitenge for everyday wear.

So, here we are, in the Bujumbura City Market and a young couple are shopping for outfits to attend a wedding over the weekend. Weddings are quite prevalent in Burundi. One can see an average of 15 weddings on a typical weekend by simply taking a stroll around a 5km radius. Weddings seem to be a weekend pastime for many. In some countries, the young and the mature go to the cinema, restaurant, disco, museum to pass their weekend. In Burundi, the young and the mature go to weddings. Wedding after wedding after wedding consists of a typical weekend. Some confessed to having been invited to 5-10 weddings on the same weekend! Unsurprisingly, weddings are a huge business in Burundi, especially as it relates to ‘…hmm…what shall I wear?’

Most men have little trouble deciding what to wear. A formal suit bought from the second-hand market is rare in this case. Most men opt to have brand new tailor made suits. This is usually the first choice. It may seem sinful for a man to attend a wedding without totally decking out in his Sunday best. A jacket, if not a suit is necessary. No questions asked.

Most men, rich or poor have at least one suit or jacket in their closet, which they wear for important ceremonies such as weddings and funerals. This is encouraged in young men and boys. Of course we cannot forget the finishing touches of neck and bow ties of all colours, shapes and sizes. The matching shoes sometimes go to a whole new level with men, young and old sporting alligator skin shoes, leather shoes and trainers ; these in a rainbow of colours! This is when we see true confidence stepping out.

The women and girls look forward to dressing up for weddings even more. It is essential to find just the right ‘Imvutano’ – which is the traditional dress for the women of Burundi. Very simply made, the imvutano is a three piece outfit made of an average of 3metres of lightweight fabric. The skirt is long and flowing to the floor with gathers which are especially prominent at the sides of the upper hip, where the skirt sits. It also carries an underskirt. The top of this ensemble is sari-like, with the fabric draping over one shoulder, across the bodice and leaving the other shoulder bare.

Most women wear a close fitted matching inside piece with capped sleeves. Girls choose to wear a hugging camisole or tube top as their under piece. To accessorize, both women and girls wear matching earrings and necklaces in costume or gold jewelry. For a female Burundian fashionista, she practically can go nowhere without her handbag. Clutches are very popular for special occasions along with high heeled and strappy sandals.

The beauty of the traditional dress is not so much in the structure of the garment, but in the texture and colour of the fabric. Imagine the rainbow of colours as one enters a wedding party or other formal party. Colours galore adorn the wearers of the imvutano; with all shades of reds, blues, greens, oranges, pinks and white being the most popular. These colours in beautiful chiffons, silks, light cottons and feather light satins all embellished with sequins, beads or embroidery drape party goers countrywide! Most imvutano are a mixture of colours and patterns. Some choose plain colours. It’s a beautiful sight to see a line of beautiful African women performing their ceremonial duties dressed in their traditional dress.

The young couple at the market would not find this beautiful garment for sale there. Most women opt to have their ensemble sewn by a tailor or they rent it from businesses which specialize in this kind of wear. Still, those who choose to attend a wedding dressed in western clothing would not be too disappointed in their search for a special garment. There is a great array of formal and semi-formal ensembles available at the market and even in the streets of Buja, as the capital is fondly called by the locals.

There is something very special about ceremonies here in Burundi. Based on observation, it seems as though fashion plays a major role in the carrying out of ceremonies like funerals, graduations and weddings. While second-hand clothing are very much loved because of western influence, the traditional suit and Imvutano serve as symbols of pride and status. The more embellished a lady’s ensemble is, the more esteemed she is. The same goes for the man. The more put-together his garment is, the more esteemed he is.

As we come to the end of this short journey, a few things come to mind. Couture de Burundi is at a good place. Today, fashion and trends are being explored with many gaining inspiration from international television which has only become accessible to the populace in the last 18 months. The Style Network and Fashion TV currently have great influence over the minds of the fashion-conscious. Also, the opening up of the East African Community has brought a sudden flow of a multitude of cultures and arts into all the nations of this region.

As people begin to move around the region freely, there will definitely be birth of an East African identity. Fashion and the arts in this region will definitely move to new levels as we integrate. Burundi, as the little sister in the East Africa Community, has a long way to go in becoming a leader in the fashion industry. However, one day in the near future we will see emerging Burundian fashion designers participating in international fashion shows like the annual Swahili Fashion Week held in Dar es Salaam, Tanzania.

In a region where cultures, languages and the arts abound, Burundi has been blessed to be in the company of countries which have already produced many successful fashion designers and textile artists.

A new breed of people is emerging from out of the ashes of the awful 15year long civil war which plagued Burundi. A people with a passion to protect their traditional ways of art and culture, but free enough to taste the ways of foreign lands and somehow incorporate them into their way of life. As a fashion and textile designer myself, it is a privilege to be a part of a community which is so loyal to tradition, yet open to change! Come see for yourselves. You will never be the same!

Previous EAC TO INCREASE TAXES ON IMPORTED TEXTILES
Next IFEMA concludes the 72nd edition of MBFWMadrid ; combining digitalisation of fashion and safety 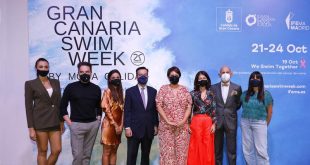 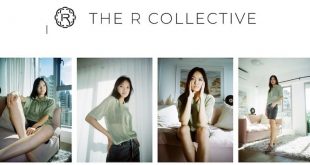 The Call for The Turkish Textile Sector Sustainability Action Plan 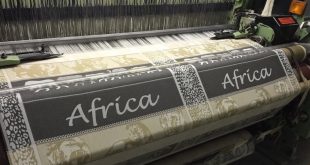 Meet Fabrics Woven in the heart of Cape Town…